In this Toronto historical landmark building which once played home to Al Capone during prohibition in which he used this location to distribute alcohol through an underground tunnel from the Distillery district, and also was used as an emergency safe house with a bunker where he would store money, guns, and alcohol. This same bunker was used during WWII to store gun shells for the Canadian Auxiliary. Bluemount was contracted to demo and restore areas of the roof, chimney blocks, tuck point, and parging to protect the building from further water damages. 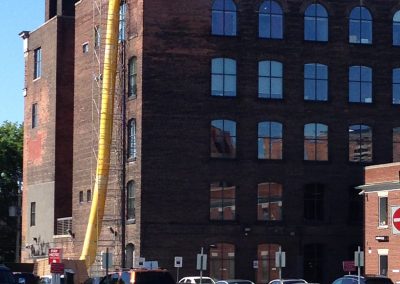 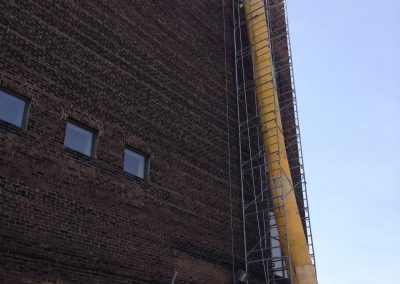 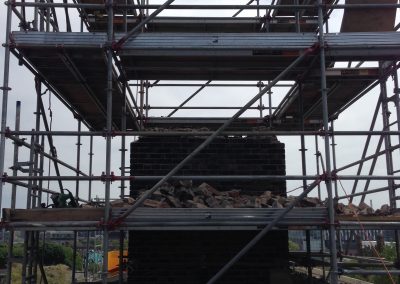 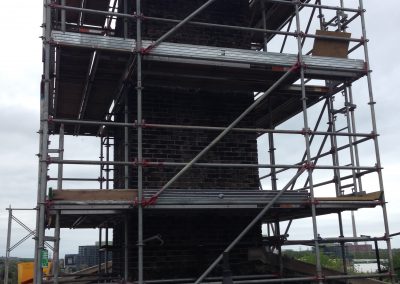 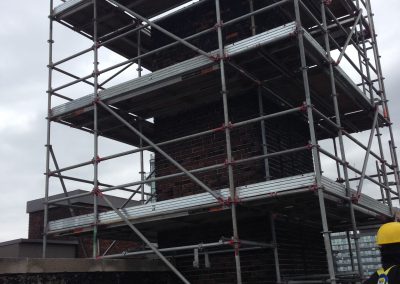 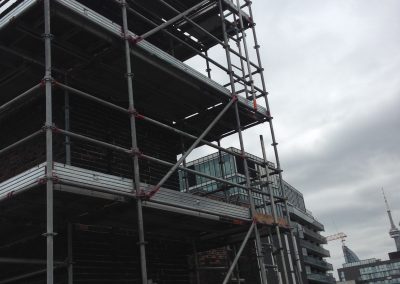 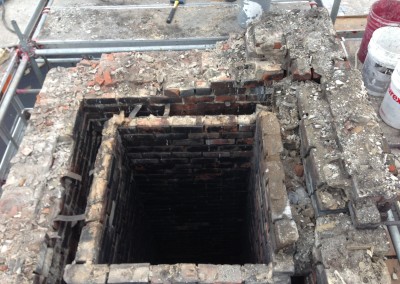 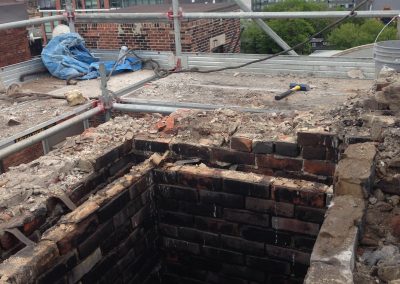